If You Don’t Know What Figging Is…

If You Don’t Know What Figging Is…

No, it’s not something you do to salads or stir-fries.

“Figging” is the practice of inserting a piece of raw, peeled ginger into the anus which then causes an intense burning or stinging sensation as the oils and juices seep out.

What in god’s name would someone do this?

Most people talk about figging in relation to the Victorian form of at-home punishment for wives.

However, it was thought to have started much earlier…

The word itself comes from the word “feaguing” where horse riders or breeders would insert an irritant (onions, tobacco, ginger, hot peppers etc) into the rectum of a horse.

The irritation would make the horse lift its tail.

This lift and “animation” is apparently desirable to either show off the quality of the horse or make an older one seem younger and livelier. It got so bad that show organizers had to ban it and create the position of “ginger swabber” – you only need one guess to figure out what they do.

The concept is still the same as in ancient days.

Peel the skin off a chunk of garlic and insert it into the anus.

Users say that the initial sensation is usually tingling. It’s not until your body warms the make-shift plug up (and muscles start contracting) do the potent oils start seeping out and causing a feeling that can make many people cry.

Some Doms enjoy adding spanking, flogging, or caning etc. This will either make the person clench and increase the “burning” or take their minds off it and focus on the pain of the strikes.

Keep in mind, however, that different bodies react differently.  To some, it can be unbearable. To others, it’s nothing more than a pleasant tingling. 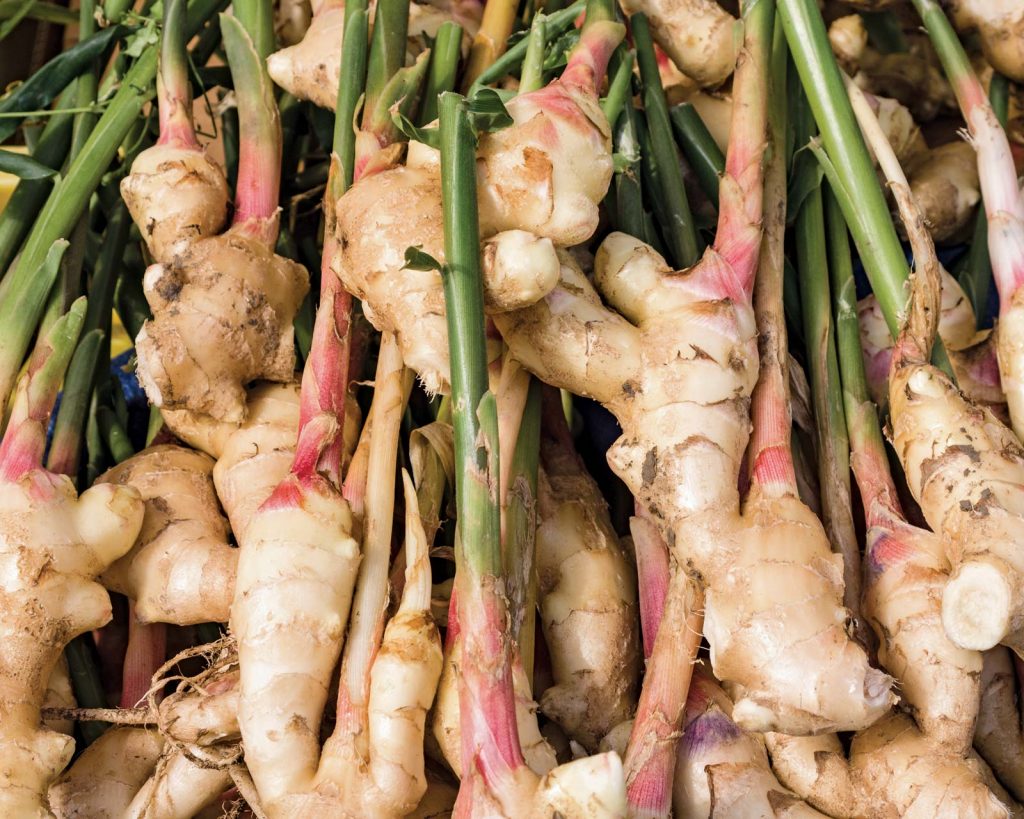 The first thing people might worry about is damage to the rectal tissue. Although there have been no studies (that I can find), there is also no evidence that it will cause the “chemical burns” that some claim.

Ginger is natural, and the burning people feel is the same burning as when it’s eaten raw.

There is the possibility of someone being sensitive or allergic.

In this case, it should be avoided.

The REAL danger with figging is if you carve the plug without a decent base and the toy is lost up the person’s bum.

Then it’s a trip to the hospital.

HOW TO MAKE YOUR OWN GINGER PLUG

First, you need to choose the right kind of “finger” (as they call the sections of ginger).

Younger plants are more potent and will deliver a better sting, however, they are usually too small and not safe to insert. The more mature plants will be far safer, but less effective.

Try to get something in between.

Most practitioners suggest dipping it in cold water before you insert the plug – since they advise against using lubricant, the water helps.

Also, since there’s no lube, insertion must be SLOW.

If you want to use ginger around a female’s labia, you can carve a “wedge shape” with a groove in the middle that will fit around the clitoris.

I’ve also seen some people carve thin strands and insert them up a man’s urethra.

From creation to usage, the key is taking it SLOW. You don’t want to harm your partner or risk breaking off a chunk of vegetable in their body.

You can use this to your advantage by tying up your consenting partner and building anticipation.

There you have it! The wide world of figging laid bare.

Have you ever tried figging? Dare to share your experiences in the comments? I’d love to know!